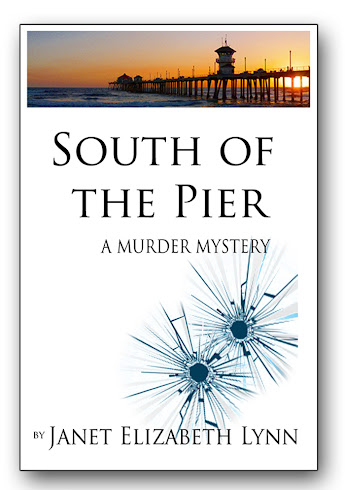 Palmer Railton, a well known lobbyist, is brutally murdered on his doorstep resulting in a media frenzy. In the meantime, his fiancée, Camille Brewster calls Connie Cane, her twin sister, excited about Palmer’s wedding proposal to her, the huge ruby engagement ring, and a dozen red roses. Connie, former CSI, must keep her devastated, cute-ass sister from getting herself killed after involving herself in the murder investigation.

Kidnapped, Camille tries to seduce her way to freedom but ends up stranded in a Guatemalan jail with an Interpol agent who holds the key to her freedom. Wounded during a gun battle, Connie tries to free her sister. The murderer is caught and arrested leaving Camille free to plan his funeral with Palmer’s estranged grandmother. The final clue is in Connie’s hands when she realizes they have the wrong person in jail.

Welcome to South of the Pier. I got the idea for this book after a visit to Guatemala. This beautiful country with warm, loving people was riddled with illegal activity preying on their own Native Americans. What fueled the story was a chance encounter with an Interpol agent, a charming gentleman from Brussels who accompanied me on my trip home from Russia.

This is the first novel in a series of four murder mysteries. All the books are centered around Hacienda Beach (Long Beach) then branching out to far reaching areas.

I hope you enjoy this journey as much as I enjoyed writing it.